Aquarium Nitrogen Cycle: How to Cycle a New Aquarium

The Aquarium Nitrogen Cycle is the bare-bone basic of a healthy aquarium. If you are new to fish keeping, you may wonder why your fish tank is always cloudy or at worst, you may be struggling to keep your fish alive but can’t understand why they keep dying.

This is happening due to toxic composites released from decaying waste in your tanks. It leads your tank to a phenomenon called New Tank Syndrome. To avoid this, you must have an idea about the Aquarium Nitrogen Cycle which is also known as Biological Filtration. It’s the circle of life. Let’s break down the basics of the Nitrogen Cycle.

What is the Nitrogen Cycle for Aquariums?

In its simplest form, the Nitrogen Cycle is a natural process in your aquarium that converts toxic substances like Ammonia and Nitrite into Nitrate which is less harmful to your fish. So, it’s like a natural filter in your fish tank. It takes harmful toxic water and makes it safer for the fish.

When you feed your fish, they eat and poop. So, all of that uneaten food and fish waste accumulate in your aquarium. That’s where the cycle begins. When those fish wastes decay, it releases Ammonia.

Ammonia is the number one killer and cause of death for fish. Ammonia is highly toxic to fish. It can burn their gills and basically suffocate them from lack of Oxygen. You shouldn’t ever have any Ammonia in your tank.

So, you may wonder how natural aquariums exist against these toxic compounds. It’s because of Nitrogen Cycle.

There is a bacteria called Nitrosomonas in natural aquariums. It is a denitrifying bacteria that is absolutely critical for the health of aquariums. We call them as beneficial bacteria.

These denitrifying bacterias build up on surfaces and fed off of Ammonia and convert them to Nitrite. It’s nature’s answer to combat Ammonia. However, though it’s not as bad as Ammonia, Nitrite is also lethal to fish.

So there’s another bacteria called Nitrospira that’s growing alongside the Nitrosomonas bacteria that break down ammonia. Its job is to convert that Nitrite into Nitrate.

Nitrates aren’t good for your fish, either. But they’re a lot less toxic than the other two. Though it is better to control Nitrates naturally, there’s no bacteria that feed off of Nitrates. But there are some other ways to dilute the Nitrate percentage in fish tanks. We’re going to talk about Nitrate as we move on.

What Happens If You Don`t Cycle a Fish Tank?

When your aquarium is brand new, it has none of these beneficial bacteria. Actually, it hasn’t had the opportunity to establish itself yet. So, when you add the fish on the same day that you set up your new fish tank, there is nothing to combat Ammonia.

But you can’t avoid generating Ammonia, because you can’t stop your fish from eating and pooping. So, this excess Ammonia will become highly toxic for your fish.

Your fish will come up at the surface and gasp for air. Or else at worst, it can cause your fish to die. So, that`s why it is not recommended to immediately add fish to your aquarium when you first start it up.

How to Cycle a New Aquarium?

So, how to establish the Nitrogen Cycle in a brand-new aquarium?

The beneficial bacteria that govern the Nitrogen cycle should naturally build your tank. This is why some of your pet stores recommend you to set your tank up and let it run for a month.

But, if you’re not doing anything to boost this process, it could take even longer. But no worries, there are a few ways to accelerate the cycling process and make it happen much faster.

You can cycle your tank with fish or without fish. But it is recommended to follow fishless cycling methods for newbies.

Ghost feeding is one of the easiest ways to build beneficial bacteria colonies in your fish tank. There what you have to do is just throw food into the aquarium without any fish in the tank.

Then the food will decay and release Ammonia just like the fish waste does. Then it will cause beneficial bacteria to grow naturally to a point, where they can combat that Ammonia and convert it to Nitrite.

Other than waiting for bacteria to grow by themselves, you can boost the cycling process by introducing beneficial bacteria to your tank. For that, you can mix some dirty filter media or filter cartridges from an already cycled tank.

Another way to introduce beneficial bacteria is the cultured bacteria bottles. The live bacteria can speed up the bacteria colonization in your tank. Though this bottle itself has mentioned that you can add fish instantly after adding the bottle, It’s not good to do so.

Because it’s only a booster for the cycling process, the live bacteria in the bottle help to establish the nitrogen cycle quickly. But it doesn`t mean an instant cycle.

Also, there should be Ammonia in the tank to feed off that bacteria. So the best strategy is to introduce Ammonia to the tank through methods like ghost feeding and, then adding the live bacteria bottle.

Otherwise, if you use that expensive bottle of live bacteria without enough Ammonia in the tank, it will not work. The bacteria are just going to starve and die off. Because there’s nothing to eat them in the tank. So you’re going to end up saying that the product is junk.

How Long Does It Take for an Aquarium to Cycle?

Aquarium cycling time depends on the methods that you are gonna follow. If you’re just going to run your tank and let nature take its course, it could take some time.

But as we mentioned above, you can boost the cycling process by introducing beneficial bacteria manually. Then it might take only a couple of weeks. As well as your tank size also will cause cycling time.

So it’s not good to put any kind of timetable on it. When your tank is ready, that’s when it’s ready.

How do I know when the tank has cycled?

To check whether your tank is cycled, you will need to check your water parameters. It’s better to purchase a suitable aquarium test kit along with the tank. This is a kit that tests for Ammonia, Nitrite, and Nitrate.

There are several kinds of test kits from different brands. The API test kit is the most famous aquarium test kit among fish keepers.

When you first test your tank just after set up, you’re going to find that there’s nothing. It’s perfect. But through time, the Ammonia concentration of water is going to spike. Because the bacteria hasn’t built up enough to combat Ammonia, so if you’re using the API test kit, It will indicate it as dark green.

Eventually, when the beneficial bacteria continue to grow, Ammonia concentration will come back down by making a Nitrite spike. It will indicate dark purple if you’re using the API test kit.

Again with the growth of denitrifying bacteria, the Nitrite level comes down, and when that happens, your nitrate spikes. Finally, when your tank is cycled, you should have no Ammonia, no Nitrite, and some Nitrate.

How to Control the Nitrates in Your Aquarium?

When the nitrate level is elevated, there are no bacteria to get it down naturally. You have to take action by yourself.

There are two different ways to control nitrates in aquariums. The first is just to do water changes. Water changes remove some of those nitrates. It dilutes the nitrate level when you add fresh, clean water back into the tank.

The second way is to incorporate live plants into your aquarium. Plants feed off of nitrates. So beneficial bacteria are not only detoxifying the Ammonia and Nitrites, but it’s also providing nitrates for the plants to feed off.

Actually, aquatic plants are important for aquariums in many ways. Just like humans, fish also inhale Oxygen and exhale Carbon dioxide. But plants also feed off of Carbon dioxide. So live plants are a win-win factor for your aquarium. Read more about aquarium plants that you can easily grow with low light conditions.

What is New Tank Syndrome?

New tank syndrome is a phenomenon that occurs due to destroying or not establishing the aquarium Nitrogen cycle, which is responsible for converting your fish waste or ammonia into nitrite and nitrate.

How to Identify New Tank syndrome?

Lack of patience is the major cause of new tank syndrome. There’s no quick way to bring your tank from uncycled to fully cycled unless you’re willing to wait a couple of weeks.

As well as, you don’t necessarily need to have a new tank for this syndrome to occur. It can occur even in a well-cycled tank due to the death of beneficial bacteria.

What kills beneficial bacteria in aquariums?

Bad habitats and lack of knowledge are the major causes of the death of beneficial bacteria.

Overcleaning is one of the main reasons for killing beneficial bacteria. Many new fish keepers tend to tear down everything and start over when cleaning their aquariums. It kills so many beneficial bacteria, and the tank needs to restart the tank cycling process.

So be aware not to over-clean your aquariums. Never use chemicals, and just clean with water. Otherwise, you will literally clean off all the bacteria that has grown so far and set back to the first day of the aquarium. It is the worst thing that you can do.

Most municipalities have chlorine in their water. The main purpose of Chlorine is to keep bacteria and other germs out of the water. So that humans and animals don’t get sick.

The Misconceptions about the Beneficial Bacteria & Aquarium Nitrogen Cycle

Does Beneficial Bacteria grow in Water or on Tank Surface?

Beneficial bacteria are not in the water column itself. It grows on surfaces that are in the water. Such as on the glasses, decorations, filter media, etc.

Can you take water from an already cycled tank to establish an instant cycle?

Since beneficial bacterias grow only on surfaces, there is no use in taking water from an already cycled tank, thinking that it will instantly establish the Nitrogen Cycle in your fish tank. It is dead wrong, and you’re going to kill a lot of fish.

How to Increase the Biological Filtration?

To increase biological filtration, you should make a beneficial environment for denitrifying bacteria. They will reduce the Ammonia and Nitrites in your aquarium. Filter media like ceramic rings, bio balls, and sponges in your tank filter will be oases for this beneficial bacteria.

As well as, you can reduce the Nitrate levels naturally by adding aquatic plants. Aquatic plants fed off Nitrates.

In simple words, there are bacteria growing in aquariums, and their job is to convert Ammonia which is killing our fish, into nitrite, which is also killing our fish. But another bacteria also grows and converts that nitrite into nitrate, which is less harmful to the fish. This conversion to nitrate Completes your nitrogen cycle.

Finally, we have no more Ammonia, no more Nitrite, and some nitrate in the tank. Nitrates can be removed by water changes or by incorporating aquatic plants.

So we hope that this has simplified the Aquarium Nitrogen cycle and made it a little less intimidating for you to help out in your journey to get your new aquarium started. 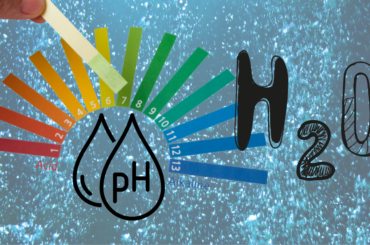 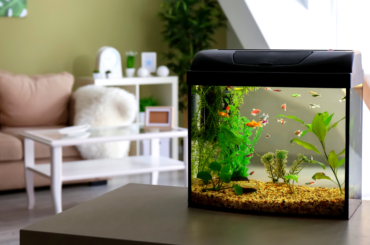 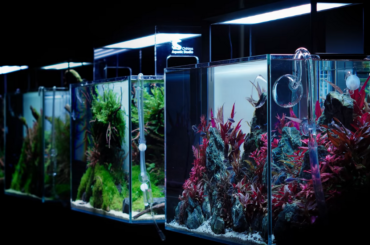 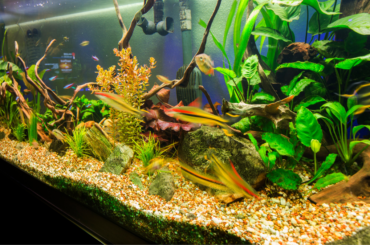